I can officially say Drive Me Sane is a finished novel. Yep, it’s a completed project. No more editing, no more pondering whether everything runs smoothly or if my editor is going to like my changes. I received an ARC copy last night and got the high resolution copy of the cover today. It’s even listed as an upcoming release on Crimson Romance’s website (July 28th).  All I’m left with, is one final chance to look at it in egalley form before it’s sent off.  And so, the hard part now starts. Getting it out there for people to see and hopefully read (and enjoy!).

I keep saying that I’m going to write a post on things I’ve learned (because I’ve learned a lot), and I will. At some point when all the hoopla wears off. But I will go ahead and throw this out there. I’m a loner. When I say that, I mean, no one other than my husband and one close friend knew I was writing a book. I think my mom and sister knew I was playing around with it, but really didn’t grasp that I was taking it serious until I got the request to send in my manuscript (that’s a whole other story that I’d like to tell). Co-workers were shocked and I think I really threw my boss for a loop when I took my contract in for him to review.  So essentially, no one has read my novel, except the editors I’ve worked with and that is one of my biggest regrets. I do wish I had shared it with at least one person. Because there is a lot of personal information you need to give about yourself through this process and also points you need to make about your book and it would have greatly helped if I’d had another set of eyes that could have given me some input. Now I’m on the brink of it being released and I’m a nervous wreck about how it’s going to be perceived. So I broke down and sent my ARC copy to my mom. She’s not a reader and she loves me, so I’m not all that hopeful that I’ll get an honest review. And to be honest, I ‘m a little nervous about her reading it (not sure how she’s going to like some of the language and sexy scenes).  So learning to share and making some contacts that are willing to give me early reviews are two of the things I’ve learned that I need to do differently next time.  Again, it’s been an experience and I know a little about what to expect.

But what do I do now? Now, I finish up one of my other WIP and hope I get lucky enough again to have someone interested in it. 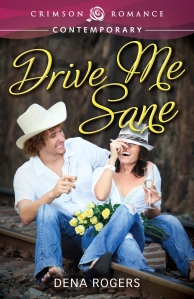 One thought on “What do I do now?”